The Mousetrap is a family-owned and operated specialty food, kitchen and tabletop shop which was opened in 1976 by two sisters, Becky and Gay Davis. The original store was a franchise called “The Mousetrap, A Cheese Villa.” The shop focused on cheese and custom-made gift baskets for special occasions. Several years later, competition arrived in Lexington known as The Coffee, Tea & Spice House, owned and operated by John Kennan. Becky Davis, having spied John at a party, confronted him with “so you’re the son of a bitch who is competing with me!” It was then that the two owners began their relationship, ultimately culminating in marriage.

Sometime later, Becky retired from the business and the franchise, and JK, as he had come to be known, took over the operations and ownership of what would become simply “The Mousetrap.” Over time, JK expanded the fine food selection, added kitchen and tabletop accessories and perfected the pimento cheese recipe. The house-made pimento cheese which has won the Reader’s Choice award for several years is synonymous with The Mousetrap brand.

This neighborhood specialty shop has now passed on to JK’s two sisters, together with Chris, manager and chef, who lovingly operate, grow and nurture it, in order to carry on the legacies of John and Becky. However, not many family businesses can survive for 45 years without the support and encouragement of their loyal clients. For that, we are thankful and hope that we may continue to serve the community for years to come.

Serving fine specialty foods, including our world-famous pimento cheese, in the Lexington, KY area since 1976. 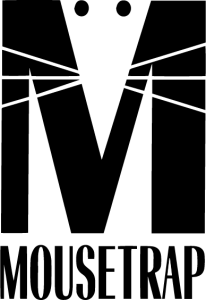 At The Mousetrap, we are committed to putting our clientele and our team members first.  So we wanted to take a moment to let you know the proactive steps we are taking to keep everyone safe.  We have implemented and are enforcing the following guidelines to limit exposure and transmission of Covid 19:

Please know that all health and safety measures are in place, not only as mandated by government, but because we value and respect our clientele. We truly appreciate your support in adhering to the guidelines, as what protects one, protects all.